[#] The Kromore RPG: Making 3E D&D Look Fair To Fighters
07:54pm UTC - 8/16/2015
Kromore is an RPG that I only noticed after someone popped into #suptg to beg for a WAREZED version of it. I laughed at him, then googled it to find out what it was, since I'd never seen it before. Turns out it was a Kickstarted RPG promising 10,000 years of history, a system that works in all eras, from fantasy through medieval, steampunk through sci-fi.

View All by Author
0 Comments
[#] The Wraeththu RPG: Vampires Just Weren't Homoerotic Enough
10:49pm UTC - 8/13/2015
Wraeththu is a series of books based around androgynous magical hermaphrodites that transform pretty young men into more androgynous magical hermaphrodites by bleeding on them, then riding unicorns, casting spells, being the perfect gay buddies for human women and then engaging in horrifying evil wizardry powered by sexually violating human men to death.

Oh and it has a section in the back on how to get your group to ERP with you. Wonderful, right? Of course the rules are also muddled shit(for doubled hilarity, after the semi-incomprehensible skill and combat rules, the relatively straight-forward chapter on magic makes all the skills and combat irrelevant by turning every single Wraeththu character into a godlike wizard. Why know how to fire a gun when you can railgun slugs of pure plutonium across the landscape?), the art is terrible and the only good words I have for it are about some of its foreword.

This review is another repost from Something Awful.

View All by Author
0 Comments
[#] Hc Svnt Dracones: Furry Capitalist Eclipse Phase
09:42am UTC - 8/04/2015
Earlier this year I reviewed Hc Svnt Dracones, or "HSD" simply on the basis of it being a furry RPG with atrocious cover art. Unfortunately, I reviewed it on Something Awful's forums, in their "Fatal & Friends" thread, so you guys didn't get to enjoy it. I've now transplanted the ten posts that make up the review to SupTG, some of the formatting is a bit wonky, but it should all be readable and "enjoyable."

I know I say this all the time and only half-follow through, but for realsies, I'm going to be purging the archive soon. My laziness came back to bite me today when something got stuck in a loop and ate all the drive space, so I had to start culling just to get shit working again. I deleted the graveyard (no whining, you had like two years to grab shit) and specifically killed a bunch of .pdf dump threads that were taking up massive amounts of space. We're fine now, but culling will definitely help space issues.

Speaking of .pdf files, these are no longer archived, and I'll be removing existing .pdf files specifically. .pdf threads are the even-more-wasteful bastard brethren of image dumps; this is an archive, not a filehosting site. As for /tg/ projects, anyone seriously working on something is going to have their own site for hosting copies of their work, so they won't need outdated versions cluttering up the archive. (I don't think many people will even notice or care, but someone always complains about change, so I'm letting you know now.)

Anyway, repent and so on, the end times are nigh for your elf slave wat do quests!

Happy holidays, everyone! We've been experiencing some technical difficulties the last few days with connectivity. Things seem to be stable again, so hooray and shit! If you had a thread lost during the upheaval, send me a .zip of the content and I'll see what I can do.

For once I'm not telling you how something you love and enjoy is utter shit and tripe. You should totally read this article just for the novelty of it.

That's right, it's me. This time, we're talking about why you should feel bad if you actually read Charles Stross' terrible fucking The Laundry novels after experiencing the second one.

View All by Author
1 Comments
[#] New Article Posted
03:00am UTC - 1/10/2014
It's been a long while since the "reviews and ramblings" have been updated and I suspect it might go completely unnoticed without this post, so, here you guys go!

It's a review of Eclipse Phase!

Featuring me being a cranky old man.

View All by Author
4 Comments
[#] Comment system update, impending purge
04:59am UTC - 11/29/2013
Hi all, it's been a while. I never did complete the purge I began in my last update, but with Black Friday and nothing much to do, I'm going to likely spend the majority of my time tomorrow removing the remaining crap from 2013 and putting up downloads for the archives. It's been a while coming, and it'll be nice to make sure at least someone else has a copy. I'm still likely going to do it via torrents, but we'll see what's easier.

Also there was a ton of spam showing up in the comments, so I went through and cleaned it all out with the help of new moderation tools that I'll likely never need again. You're going to have to solve a very difficult riddle to post from now on!

Howdy folks, it's that time again~

I've taken this week off to get some shit done that I just haven't had the energy to do. This means getting my car cleaned, license and registration renewed, and a variety of other crap. But you don't give a shit, do you? You just want to know what horrible quest threads I've removed this time. Here it is!:

Special Mention: Live With Your Shame

I was debating on whether or not to call out this particular archivist, because he's made a habit of adding the worst of the worst /tg/ threads to the archive. Whether deliberate or ironic, shitposting is shitposting, and I'd prefer this not happen. However, I do have to say at least he's 1) made it much easier for me to remove this garbage and 2) he's actually fairly funny with his descriptions.

I realize there are a number of people that really despise quest threads, and after cleaning literally hundreds of non-starters out of the archives, I can certainly see where you're coming from. However, by mis-archiving quests with shitty labels, you're only serving to accomplish two things: one, you're taking all of thirty seconds out of my day to fix the tags, and two, you're training quest creators to immediately archive their threads to avoid mis-labeling, which just exacerbates the issue. Post-It Quest is a prime example, it had all of twenty replies, but was archived as soon as the author could refresh 4chan after posting it.

The only way you're going to stop quest threads on /tg/ is to stem the tide at the source. Shitting up the archive isn't helping anyone's cause. For the record, I am not, have never been, and, saints preserve me, will never be a janitor or moderator on 4chan. I have no power, authority or influence to stop quest threads from existing on /tg/; I'm just an archivist. By definition, by the time it reaches me, it's already too late. You're going to need to change the community's mind, and that can't be done with goofy labeling.

I'm not really sure how many people actually visit the front page, but Viral asked me to link his Engine Heart Kickstarter, so here it is! Engine Heart is a game about little robots. When the humans were around nobody paid any attention to them, but now the humans are all gone, and they're on their own in a world that's falling apart.

You can download the game completely free here if you're interested, but the Kickstarter will get a physical copy in stores. Go check it out!

Hey guys, sorry about the downtime earlier, they moved the server to another location in Luxembourg and I totally missed the announcement. Everything's back to normal~ 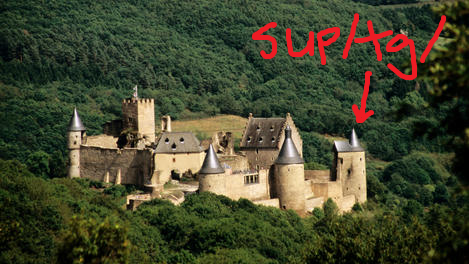 So I was going to make a post about how we're migrating to Luxembourg at the end of the month, but my VPS provider decided I'd forgotten and just moved the whole thing for me. So, as of last week, we're in Europe now. Amerifags may see some latency while Euronurds will undoubtedly have a better connection; however, overall it should be far more stable and bandwidth-friendly than it's been in recent months.

If you notice any severe fuckups or shit getting crazy, please let me know, but otherwise enjoy the newer, faster, farther server!

I'm finally getting around to culling the archive of low-rated and useless threads (e.g. image dumps). I'm going to do one or two months' worth tonight and press on until the content is cleaned down in preparation for a server move in December. Someone's also working on getting the older archives' files up as torrents for me so it doesn't get messed up if I switch servers while seeding.

As usual, I'll be keeping the killed threads in a separate graveyard archive for a while so I can recover anything I may need or provide threads to any interested parties. On a related note, I've still got the graveyard files from last time, so if anyone needs them, now's the time to ask. (I was going to make a full torrent out of them as well, but I think the interest is low enough that I can simply FTP it at whoever really wants it. Yes, anon from like a month ago who was looking for a particular story thread and had no idea what it was called, hit me up on the IRC again and I'll give you the files.)

I've put this off for long enough, so with the deadline of jumping ship to the hosting provider's new datacenter, it's given me the incentive to finally get off my ass and do this thing. I'll keep this post updated with a running record of culled threads in a separate page so you can see what was removed.


And now, some actual cool threads!

Resetting your dynamic IP address over and over and downvoting quest thread series you don't like is pretty fucking obvious. Stop it. I realize you probably have a whole lot of time on your hands given your shitty school, but you can probably find better things to do with it than bother me. Switching over to some IP ranges with Hurricane Electric doesn't help, either.

PS. You do realize there's a checkbox for hiding quests, right? Or is your education that poor? By the way, I arbitrarily raised each affected thread by 10 to offset your shenanigans. Congratulations, you've made them better-rated!

PPS. And to the egregious shitclown in San Francisco that thought it would be a good idea to deliberately add the latest Sorceress Quest with obviously bad info to the archive while I was actively watching it, I'll answer your question: "Who peed?" You peed. All over yourself, because you're a helmet-wearing, windowlicking ball of broken chromosomes, definitive proof of an uncaring and absentee deity.

archive - View All by Author
27 Comments