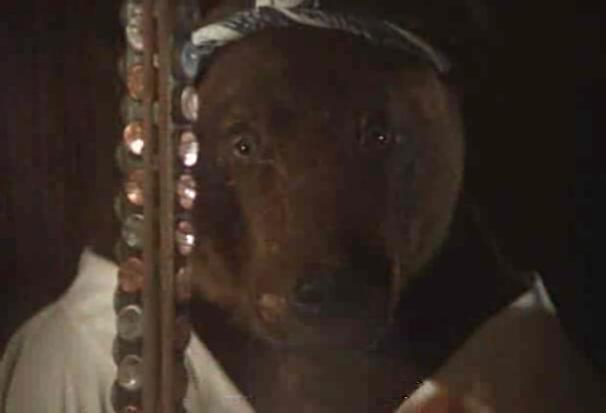 Internet went out for a couple hours last night, and like an idiot I forgot to install my update client on a computer where it mattered, so the DNS didn't synchronize to the new IP address after it came back up. It's now, like, 7am and the sun's coming up and I'm just now fixing it, so it's been down for five or six hours now. derp.

Edity: Oh yeah, I've finally settled on an activity for Halloween: Dead Before Dawn L4D campaign Livestream. I'm not sure when or with whom, but we're doing this. I'm also going to be replaying a variety of movies, mostly the crowd favorites and possibly one or two unseen titles. Should be fun.

Edity #2: Okay, so a lot of people want to play in the L4D stream, but half of them so far have told me "... but I may not be able to make it." So here's the deal, if you're interested, post what times (with timezones, you mongbats) you'll be available on Halloween to play. Personally, I'm likely going to be helping my grandmother hand out candy to the neighborhood children from around 6-8pm EST; some point after that will be best for the stream. Also please note how sure you are that you'll be available so I can get backups for any missing players.

I have some actual news today, what are the odds? The first, and happy news, is that Earthflame has completed the latest version of ArtifIce: The Game of Machine Intelligence, wherein the players are AIs of various sorts - from rogue code on the net that gains sentience to spaceship pilots to maintenance robots run amok. The newest version, v2, is available here.

In sadder news, Earthflame today announced that he's going to be taking a break entirely from roleplaying games and the gaming community as a whole for a while for health reasons. This means, unfortunately, that his work on Mosaic and Eurid are at a standstill, and he won't be attending or DMing any games he had scheduled. He didn't provide any particular instructions to his players or contributors, though I'm sure he'd appreciate anyone that was working on them (e.g. playtesting) to continue doing so in his absence.

Please get well soon, Earthflame, we all miss you already. <3

In other news, Halloween is tomorrow! We'll be playing horror movies on the SHOUTcast pretty much all day, and hopefully we'll get some horror-themed games going as well. It should be a lot of fun. I don't know what movies we have scheduled yet, but we've got a collection of them, and I plan to have them going pretty much nonstop. If you want to DM a horror-heavy Dark Heresy, All Flesh Must Be Eaten, Call of Cthulhu, Unknown Armies or similar game, now's definitely the time. (For those of you that hate the current color scheme, that will be going away November 1 as well.)

Well, I still don't think anything can top Ruler's Goatse Headcrab, but I see your Alien and raise you Angus motherfuckin' Scrimm:

Presidential Debates in :30. I doubt it'll be as entertaining as Biden/Palin but it should provide some fun anyway. I'll be watching it from work on Hulu, and we'll be discussing it in #debates on the IRC. JOIN US!

Oh yeah? I see your It and raise you a Thing:

Some people are afraid of clowns. Everyone is terrified of a fucking spider-head-thing. Also, Species? Pff, that wasn't scary, unless misogyny is terrifying. (Best part of the movie is where they find the guy with the needle, but it's just insulin for his diabetes; it's not like a male could possibly be evil in that shitfest and be hooked on heroin or something.) And as for House, the original was ntended to be horror-comedy; it's got too much silliness amidst the horror to have been a serious movie. (I prefer not to think about the sequel.)

The three movies I watch in rotation every Halloween are House on Haunted Hill (the remake, I didn't much like the Vincent Price original), Phantoms (based on the book by Koontz), and Event Horizon. You may roll your eyes at one or all of them, but they've each got some fucking spectacular moments. Phantoms has an empty town, brain-sucking moths, a few really good "boo" moments, and a bitchin' villain (or two). Hill has some great moments with Geoffrey Rush losing his mind, Jacob's Ladder-inspired special effects, and some pretty intense scenes (like when he's trapped in the scary-go-round, the asylum bit in the beginning, and anything with The Doctor). And, of course, Event Horizon. Haunted house in space. How can you not love that?

I completely reject the entire genre of torture-porn as "scary" because it's just idiotic. The only exception to the entire genre, which seemed to have actually started the whole mess, was the original Saw: a thriller-mystery with a brilliant plot and plenty of twists. I classify it as a thriller, not horror. The sequels basically forgot what made the first one such a smash success and all its imitators focused on the limb-removal instead of the "whodunit."

Anyway, yes, we're still on for tonight for horror movies. I'm fairly certain that SHOUTcast can stream video; I just need to get the right tools to encode a movie and then broadcast it to the SHOUTcast. Again, if anyone has any experience in doing this, please let me know as I'd love to have someone help me get this shit going as soon as possible.