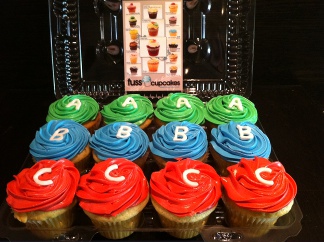 What I will say is that I'm actively partrolling the archives and deleting any spoilerific threads that get added by trolls. Fortunately, a lot of them have been so far-fetched that I'm not at risk of spoiling myself, which is always nice. Mostly shit about how the ending's just a palette swap and other baseless accusations. Stupid trolls can't keep me down, even if there have been some narrative missteps and... well let's face it, simply lazy decisions. My Tali'zorah... I've finally seen your true face, and I find it... wanting...

Mass Effect 3 - View All by Author
5 Comments
[#]  Going strong!
8:12pm EST - 3/07/2012
Still going strong, the gameplay is fucking awesome and I'm meeting all the old crew. There are some... kinda upsetting events, I think maybe I didn't get enough war points or something, it's really... I dunno, but hey I'll just have to play through again and change the outcomes right? I have choice - and I choose not to let this bother me yet. Still, when... well, again, won't spoil, but it's really sad and I can't wait to change it.

So how are the rest of you enjoying it so far? What decisions have you made or not made that bring you deeper into the story? Have you liked the surprises so far and the twists in the plot? Sound off in the comments!

Mass Effect 3 - View All by Author
22 Comments
[#]  Midnight Release
6:34pm EST - 3/05/2012
Howdy howdy everyone! Tonight's the night! I can't even express how excited I am for the release of the finale to the epic Mass Effect trilogy. It's only about 6:30 but I'm heading out to go camp at Gamestop so I can be first in line for the midnight release. I can't wait! This is going to be fucking amazing! We'll finally get to see the culmination of our relationships with our love interests (my beloved Tali'zorah~), see how the bonds of our friendships will overcome adversity, meet new and exciting characters, and unite the galaxy to destroy the galactic threat.

Eeeeeeeeee I can't wait! I'll see you in a week!

Mass Effect 3 - View All by Author
7 Comments
[#]  TORtanic Threads
2:21pm EST - 3/02/2012
For the last time, any archived threads using the term "TORtanic" anywhere in the title, description, or thread tags will be automatically deleted, and the IPs archiving them will be permabanned. I'm sick to fucking death of this shitty meme and I don't want to hear any more of it.

Is the game as good as WoW? That's a matter of personal taste. Is the game not as profitable as WoW? No, to be blunt, it's not, it just doesn't have the mass appeal WoW has. Is the game a "sinking ship?" Hell no! Bioware's poured their hearts and souls into this MMO and just because it doesn't break the records set by WoW or Everquest 2 doesn't mean it's some kind of massive failure like the Titanic or the Hindenberg. You just like to scream about the "death of the industry" and how "Bioware's writing team is composed entirely of genetically damaged macaques."

I love Bioware, I always will, and you guys trolling on the board isn't going to keep us down. Nor will your doomsaying convince me or anyone else that Mass Effect 3 is likewise going to fail, regardless of that weird $10 day-zero DLC thing they have going on. I already preordered the collector's edition so I get it anyway, so the rest of you plebs can stop whining. Either buy it or don't, but saying SWTOR is any indication that ME3 will be bad is just baseless.

SWTOR - View All by Author
3 Comments