Resources
1,001 Photoshop Filters - Producing beautiful art at the click of a button
A Thief's Guide to Tracing - Tips and tricks for not getting caught!
Dealing with Critiques - How to handle insensitive /b/tards belittling your anime comics


Related Links
Wacom.com
Adobe.com
Homepage For Those "Can You Draw a Cartoon Rabbit" Guys You See on TV All the Time From Like Ten Years Ago

Hello again boys and girls! Today we're going to learn how to draw one of my favorite animals, the duck. A majestic creature, the common mallard. Did you know that... ducks "are divided between several subfamilies listed in full in the Anatidae article; they do not represent a monophyletic group but a form taxon, being the Anatidae not considered swans and geese?" Well, neither did I until just now. Thanks Wikipedia!

Anyway, on to our lesson! 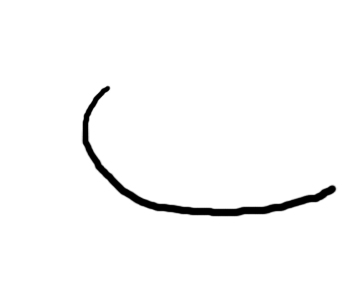 The first step to our little friend is to draw his underbelly, with a nice little swoop. A lot of people start with the back, but I always get a better feel for his final form when I start with his front. 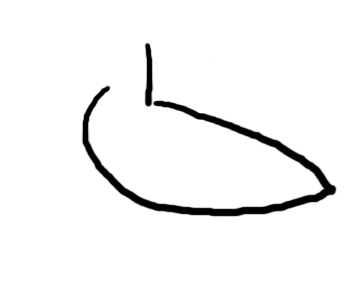 Now we draw the back. Leave a small gap for his neck and draw a straighter line down toward the tip of the tail, then give him a straight line up from the neck to form the base of his head. 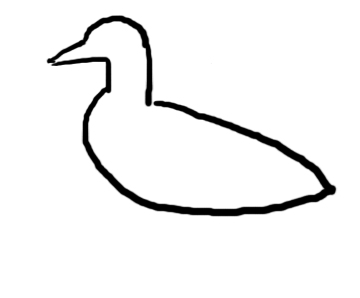 Next, draw a half a baseball cap, and a triangular beak. Finish the other side of his neck. 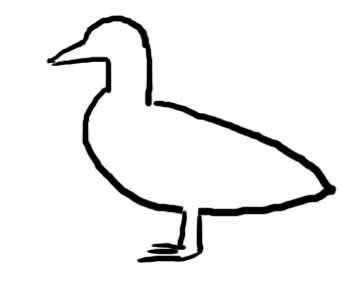 Erase a spot at the direct center of his belly, and draw two downward sticks. Give him little webby feet with short lines. If anyone asks why it looks like he has just one leg, kindly remind them it's a little thing called perspective so you can only see the one straight in front of you anyway! 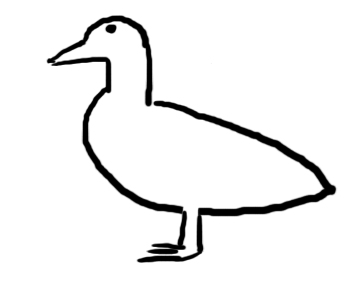 Now we give our avian buddy some soul. The eyes are the most important piece of most works. It draws in the viewer, expresses emotion so deeply; sorrow, fear, anger, hope. They are truly windows to the soul, both the artist's and the viewer's, each feeding upon each other, silently, a deep connection that surpasses and transcends the physical and spiritual to link us from the here and now to the then and will-be.

Draw a little button to complete this step. 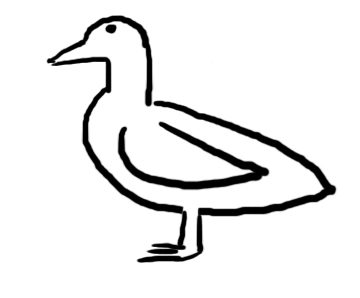 We're almost done! Now draw another swoop, and an even straighter line, just like in the first two steps, but smaller. This will be his wing.

Now, open up Photoshop and (assuming you installed the filters like we discussed last week!) go to Filter - Artistic - Animals - Duck, and... 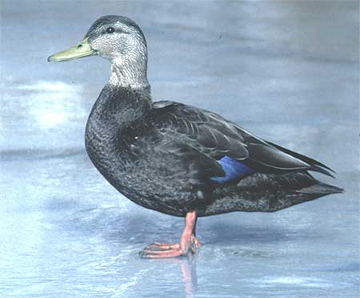 Tada! Photoshop will do all of the rest of the work for you. Erase your "pencil" lines and you're done!

Wow, wasn't that exciting? Tune in next week for another lesson! 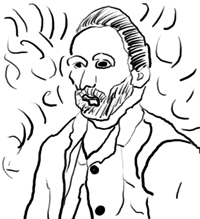 Hey everyone! Today we have some more special guest submissions from none other than /tg/'s Jeanstealer! For those of you just joining us, in Jeanstealer's Redline Corner, Jean takes on a few of the worst offenders from the "random" button on DeviantArt and corrects their ridiculously awful anatomy with her trusty red pen. In this week's installment, Jean takes on furries! Click on any of the images below to view the full size. 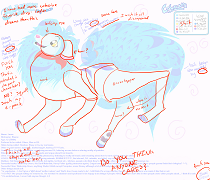 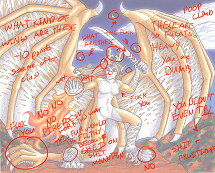 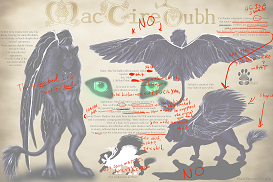 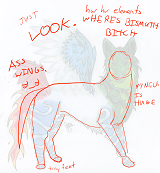 Yikes! I sure hope she goes easy on my work!