Resources
Episode Guide
Find all your favorite episodes!
Pony Generator
Create your very own pony and cutie mark!
Ponyfic Central
Currently 523 fics with 2,084 original ponies! (Do not steal!)
Pony Mind Control 101
How to gradually, insidiously convert friends to the ponydom
Dealing with Trolls
/co/ got you down? Cheer up in our echo chamber!


Links
Ponibooru
Yes, this is real!
Ponychan
Yes, this one too!
DerpyHooves.com
I can't fuckin' believe it, this too!
Friendship is Magic Chan
Jesus Christ where do the ponies end?!
/co/
If you can't get enough ponies, there's always /co/!
Robot Unicorn Attack
Let's face it, this song would be in your head if not for the page music. 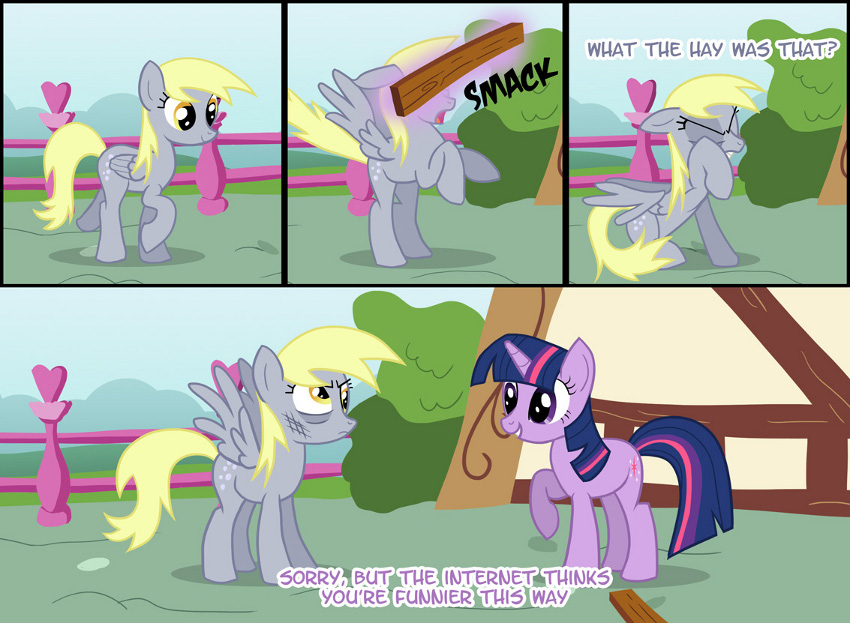 Ponies - View All by Author
8 Comments
[#] Library (Archive) Issues
2:30pm EST - 3/31/2011
Can everypony try and keep the archive cleaner? I know there's a lot of fanart around about our favorite show, but it's everyone's responsibility all to make sure only the best original content is kept! That means no more "ponyquest" threads that just involve spamming characters from a generator! And no romance, either! It gets way too weird, way too fast! Ponies are supposed to be G-rated, and... and the things I've seen... I need another shower... sob...

Anyway, it behooves everyone to keep our house clean of crud and smut! Thanks, everypony!

Ponies - View All by Author
13 Comments
[#] MLP Japan?
12:18pm EST - 3/29/2011
Hey my bronies, somepony recently forwarded this clip to me about a rumored upcoming Japanese remake of MLP:FiM. It sounds weird, but stranger things have happened: just look at the Powerpuff Girls remake, which itself was already a parody of anime!

Anyway, take a look at the video below:


I think it loses something in translation, but I'm tenatively excited about this. If it works out, maybe this will be the first time American animation has given something worthwhile back to Japan!

Ponies - View All by Author
13 Comments
[#] NSFW Language!
11:10pm EST - 3/28/2011
Hello everypony, I'd like to take a few minutes of your time and point out a trend I've been seeing lately in images on /co/ and elsewhere. Now, we're all adults over the age of 35 here, so I know the language and concepts in these images aren't exactly new to any of us, but I feel it's devastating the clean, kid-friendly spirit of the ponydom by letting images like the following enter our pop culture lexicon: 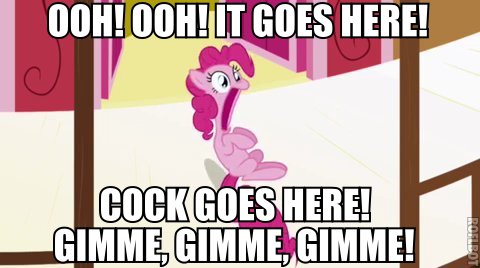 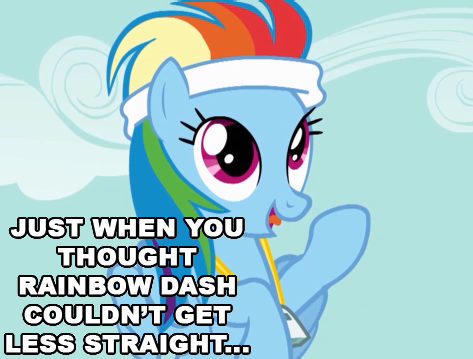 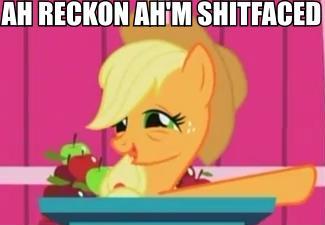 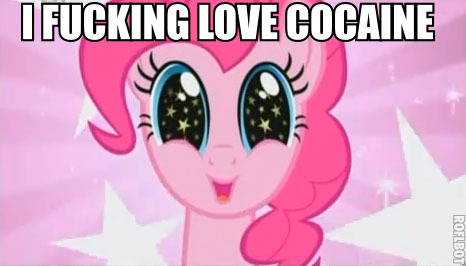 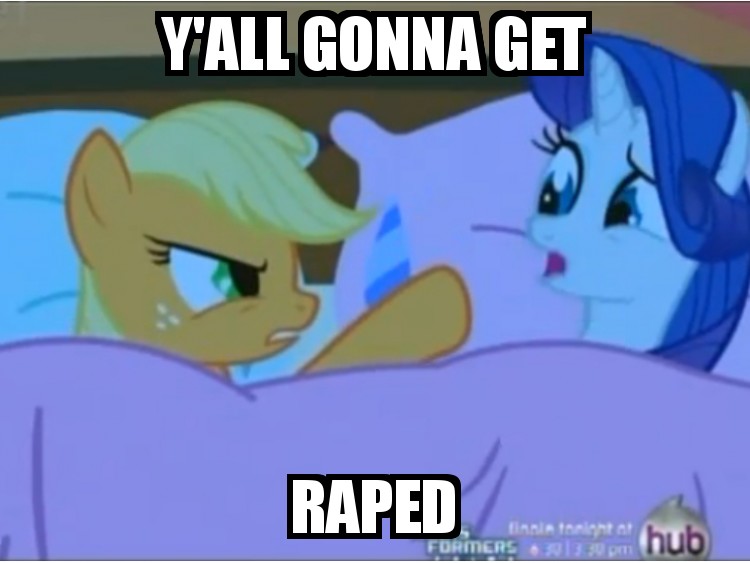 I mean, just look at these! It's positively scandalous! Can you imagine if poor Lauren Faust ever saw what you've been doing with her precious ponies? These pervasive, disgusting memes - that Pinkie Pie is a crack addict, that Rainbow Dash is a lesbian, et cetera - are only making us look like creepy, basement-dwelling nerds that can't enjoy the pure wonder of such a brilliant cartoon, and instead that we twist and corrupt everything we touch into something profane.

It bothers me so deeply to see these innocent snowflakes manipulated in such a way... it almost... 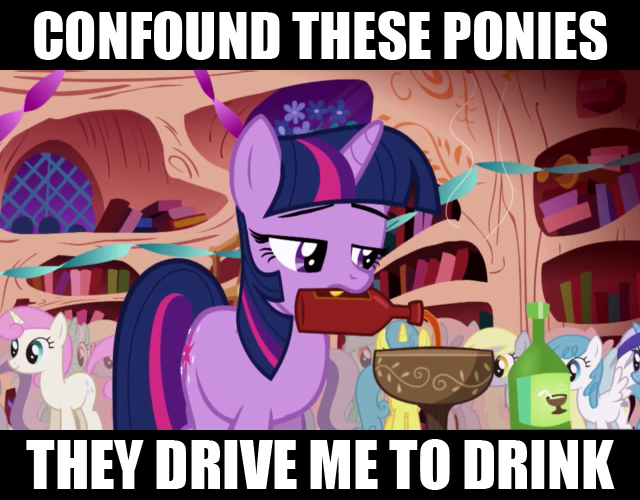 ... okay, this image actually does capture how I feel, but that's not the point! Be kind to our ponies, please!

Edit: There have been a lot of vocal comments about the appropriateness of romantic subplots in the Ponyfic Central and Library sections. As I've always said, romance is fine if it's snuggling, but the hardcore triple-penetration drawthreads and endless shipping flamewars are out of the question!

Ponies - View All by Author
29 Comments


jesus christ this parody almost killed me, especially the goddamned horse puns, seriously what the hell is wrong with you sick fucks