Goddamn socialist liberal scumbags, I swear to God, /k/. I don't mean to take the Lord's name in vain but He knows just how angry I am at what these bastards are doing to us, the American people, and to our beloved Country and Constitution. I've been listening to Rush and Hannity lately, and even that nutjob Beck, and they're all telling us the same thing: NObama is coming for our firearms next.

The libtards don't know what they're doing. They're trying to close the "gun show loophole" by restricting our God- and Constitutionally-guaranteed right to bear arms and conduct private sale as AMERICANS to AMERICANS of AMERICAN products, like my beloved AK-47. They're whining about torturing some fucking terrorists in Guantanamo but sit idly by while our rights are eroded piece by piece?

Gun control laws are getting crazy in this country. Some asshole shoots up an old folk's home and suddenly they're out for our concealed-carry permits? Yeah, because that guy was really subtle when he kicked in the door and blew away Grandma. Talk about misdirecting blame! It's probably all those violent video games the kids play nowadays.

ARGH. Well, fuck 'em. They'll get my firearms when they pry 'em out. Anyway, what I REALLY wanted to post today was this shot of me at last weekend's outing: 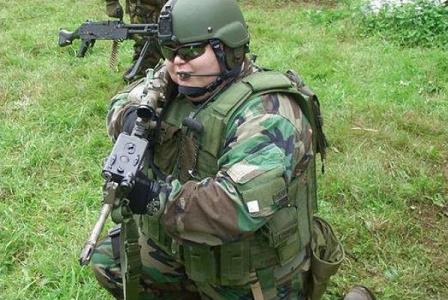 I'm looking pretty awesome right here. I lost a lot of weight, I'm pretty proud of how I look now. Anyway, I'm going to go polish my new M-16 and hit the hay, so stay safe and God Bless. 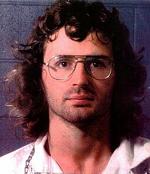 Hey guys I know you love the zombie threads and all, but do we really need to archive every one of them? There's a lot of good discussion and it's an important topic but we have a whole pile of guides right here on the site, there's no need to keep archiving the same thing over and over. Besides we all know that anyone that prepares properly for the sad but inevitable collapse of "POLITE" (read: LIBERAL) society already has a bunker and stockpile for any occasion.

Our ammo and food supplies won't be any less important if it's cannibal undead or soccer moms running up to our fortified woodland positions. They pop just the same under the withering fire of a M61 Vulcan (it's a tossup to which kind of meat is squishier). Anyway click the zombie link on the righthand sidebar (under Guides) for more info.

Personally for self-defense from all comers I recommend the 1911: 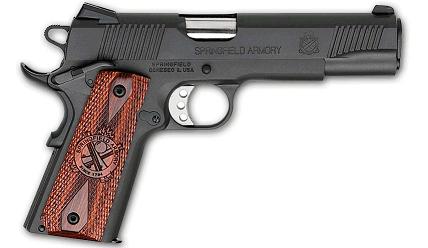 Whether it's a rampaging horde of "intellectuals" (IF THEY'RE SO SMART HOW CAN THEY NOT SEE WHAT'S COMING??) or a ravenous mob of zombies, you can't go wrong with the 1911. Anyway, I'm off to go see if I can go shoot me up some grub. See you later, and God Bless!

... I swear to the Almighty that I would kill your ass faster than you could fucking blink if we were in a real shooting competition you little mealy-mouthed motherfuckers. You can't even cuss correctly. Do you even know what a nigger is? Or a Jew? Have you ever even seen a black or Jewish person in real life? Are you really that retarded that you don't know the difference between a Texan, an African-American, and a Jewish person? The answers are "no, no, no, yes" for those of you that missed that part of the curriculum. I swear if I hear one more thirteen-year-old call me a "gowdawmed nigga jew kike piece of shit" I'm going to shoot up a middle school.

Oh, and furthermore, no those weapons aren't "the most accurate representation of real-life firearms in a video game" you little morons. I can't even begin to tell you how wrong that is. No, actually, I can. Read my ten-page essay on why the firearms in Counter-Strike, every last one of them, is wrong (I've put a thousand rounds through each of them in real life):